This official collaborative encyclopedia contains all the information surrounding Simon A's YouTube web-series, Baby Lamb & Friends, amongst other related media! Here you will learn and read about various episodes, the makings of the show, all sorts of trivia, different songs heard in the show, the story behind Baby Lamb Creations, and even the 2019 movie Baby Lamb & Friends: The Movie. We hope that not only will you enjoy your stay here, but also help to expand our pages and create new ones along the way! 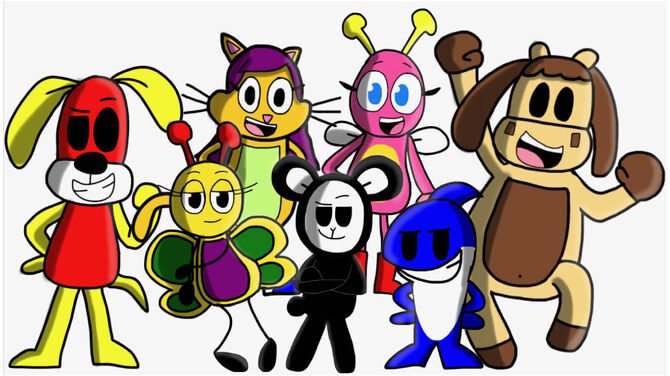 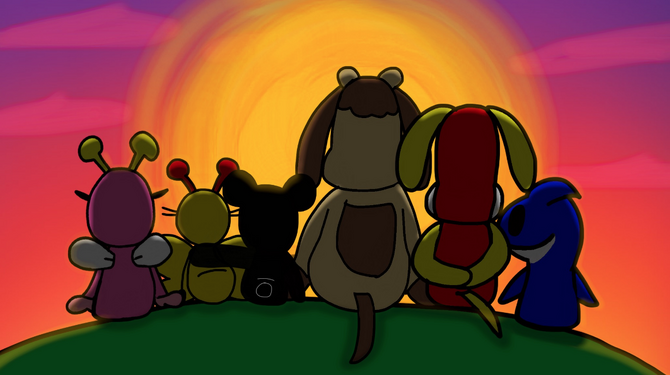 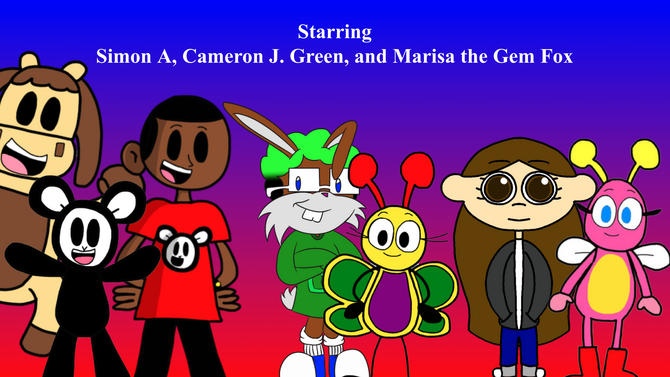 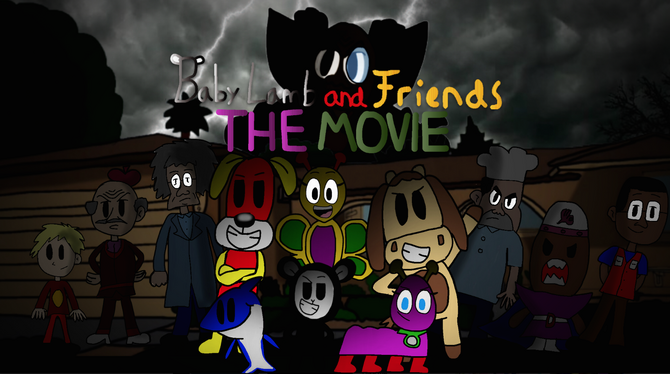 Cartoon Shorties Night is the 10th episode of Season 6 of Baby Lamb & Friends and the 95th episode overall. It premiered on November 29, 2021.

In a House of Mouse-esque parody and tribute, Baby Lamb and the gang host a floor show where other webtoon characters come to watch. Everyone has a part in making this night memorable, but Alice feels left out and wants to contribute.

Derrick McCormick's apartment has been infested with roaches and he suddenly gets evicted for an entire month!! To solve this problem, he has this mysterious and weird dimension box that contains different dimensions. Taking his pet Tommy with him, he jumps inside the box. It has various places that he can go to, and he suddenly ends up in Capitol City. There he eventually meets Baby Lamb and all of his friends and they all get along very well. But little did Derrick know that an evil guy named Joshua is out to get him!

What is Baby Lamb & Friends?

Baby Lamb & Friends is a web-series created by Simon A. and released on the Baby Lamb Creations YouTube channel. The series released the premiere of its first episode on YouTube on April 29, 2016. The show contains a total of 6 seasons, more than 80 episodes, 8 shorts, and a feature-length movie.

The series involves a young and happy-go-lucky little sheep named Baby Lamb as well as his colorful and unique friends: including his best friend Cow McMoo, the sweet and bubbly Belle Butterfly, wisecracking Ricky Bowers, wise Donny Dolphin, and sassy Alice Pennington. All of them live in the random fictional town of Capitol City, where they tend to get into random situations and even learn important life lessons about themselves and the world around them. The show uses a mixture of live-action and animation as well as plush toys, "paper puppets", LEGO mini-figures, and others.

Who is Baby Lamb Creations?

Baby Lamb Creations is the account brand for Simon A. with the goal to post random content of many different kinds that people will enjoy. It is best known for producing a wide variety of videos, such as shit-posts, memes, animated videos, nostalgic videos, musical mashups, Minecraft: PE videos, "Don't Let Your Kids Watch It", and all others. It is also the official home of Baby Lamb & Friends, and all official episodes are uploaded to the YouTube channel.

The account was created on March 21, 2016, and its first video was uploaded on the next day (March 22, 2016). His target demographic is people of all ages, in which he usually refers to his fans as "The Lamb Fam."

Pages in the Wiki

Community content is available under CC-BY-SA unless otherwise noted.
Advertisement