Marisa the Gem Fox is a YouTuber, gamer, singer, artist, and one of the current main cast members of Baby Lamb & Friends.

Her role on the series is being the voice of Alice, replacing Simon A. who has previously performed the character dating back to the first season. She first assumed the role starting with Baby Lamb & Friends: The Movie and has been the character ever since then.

Drawn in honor of Baby Lamb & Friends: The Movie 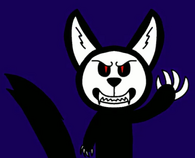 Add a photo to this gallery
Retrieved from "https://babylambandfriends.fandom.com/wiki/Marisa_the_Gem_Fox?oldid=2112"
Community content is available under CC-BY-SA unless otherwise noted.